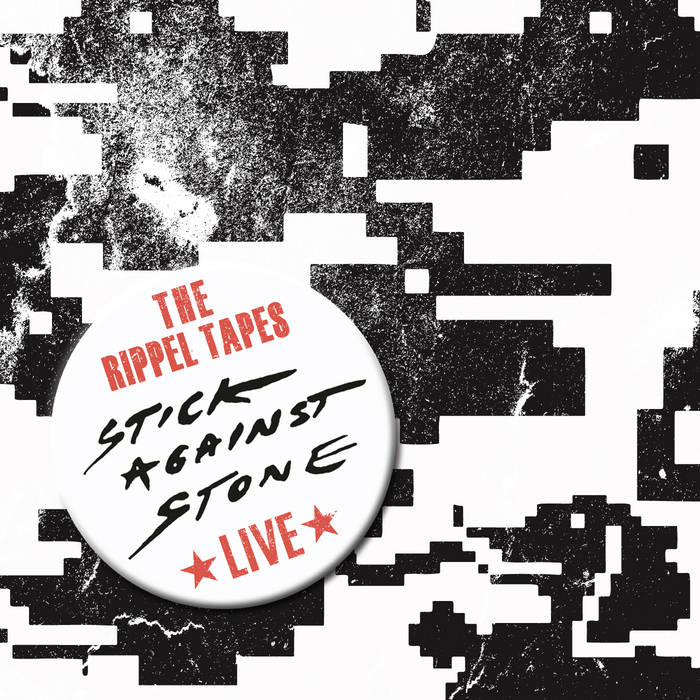 From the vaults of the nomadic “cult collective” Stick Against Stone – MediaGroove Music is proud to announce “The Rippel Tapes” – a restoration of eight previously unknown live songs from their earliest days in Pittsburgh, Pennsylvania.

Digitally-repaired, restored and re-mastered from an audience-recorded cassette tape that captured the first version of the band at their creative apex in the summer of 1982, “The Rippel Tapes” capture the manic energy of a seven-member “horns and percussion” ensemble set alight by the energy and politics of post-punk rock and the searching spirit of free jazz. “The Rippel Tapes” were recorded by photographer Larry Rippel – an early documentarian of the Pittsburgh post-punk rock scene who’s co-produced the recent “Non-Punk Pittsburgh” photography exhibit (supported by the Pittsburgh Cultural Trust Foundation) – which debuted in April 2017 at the SPACE Gallery in Pittsburgh, PA.

Thought "un-savable" for years, due to a electrical buzz noise on most of the recording, audio mastering wizard Fred Kervorkian of Avatar Recording was somehow able to take this "rescue mutt" of an artifact and clean it up to a listenable standard. Using advanced software tools, we're lucky to have this documentation of a vital slice of the underground Pittsburgh 'art punk' scene that lasted (roughly) from 1979 to 1983.