The Index of Directions (remastered single) 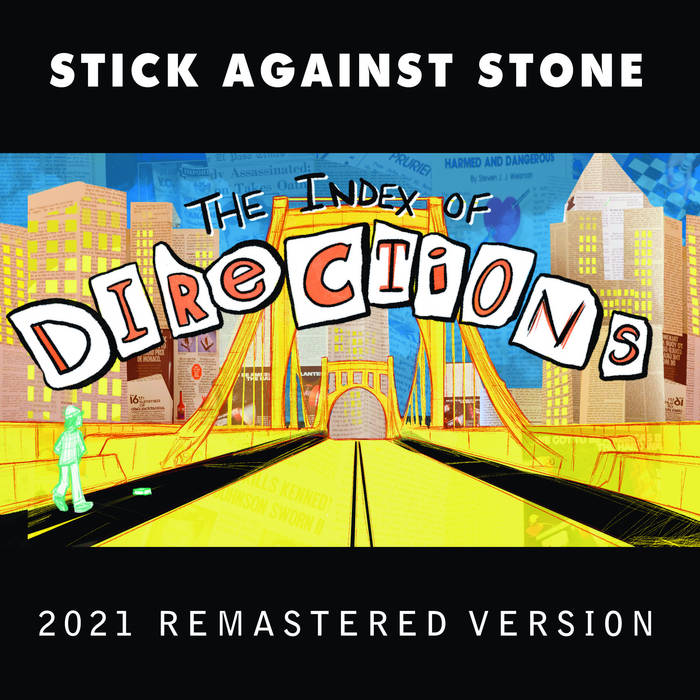 BROOKLYN, NY - 13 JULY, 2021 - For their 40th anniversary of the band Stick Against Stone, MediaGroove Music (based in Brooklyn) has both remastered and reissued the title track from their 2010 retrospective album “The Index of Directions” - and collaborated on a wildly animated new music & lyrics video of the song.


After the “lost year” of 2020 - the chance to look back on other, less-ugly years is a welcome break. Take the year 1981 - when the Pittsburgh-based “cult collective” known as Stick Against Stone was founded. In its early days, the seven-member “horns and percussion” group often shared gigs in the Steel City with author Michael Chabon’s favorite college-era band Carsickness (as noted in The Paris Review). Fronted by a tall, poetic, charismatic songwriter / vocalist / multi-instrumentalist named John H. Creighton Jr. (1955-1985) - Stick Against Stone was unlike their contemporaries - in that they started with no guitars - and unapologetically blended avant-garde jazz and funky global rhythms with the energy of post-punk rock. But it wasn’t until 2010 that a series of archival releases would attract the critics’ attention at Pitchfork (7.3 rating), New York Magazine, Vibe, Financial Times (UK), Robert Christgau, and Wax Poetics.

Littered with scraps of paper

Faces full have cancelled checks. This city pokes its grimy finger in the sky.

We burn them with cigarettes. We burn out their sixth floors.

The future’s not ours to see...

Whatever will be will burn.

Whatever will be will burn.

Whatever will be we’ll burn.

Spiders drown on their faces.

9 Burn up the scraps

And with the realization that everything had already been said

shatter it ALL to pieces

and build it anew

into whatever form I choose

And with the realization that everything had already been said

to shatter it ALL to pieces

to build it anew into whatever form I choose

I choose to build.